Paddington 2 is the sequel to the 2015 adaptation of the dearly beloved Paddington bears British books. As expected, it was as endearing and lovely as ever. Without trying too hard or attempting to score cheap points by lifting off endearing moments from the original, Paddington 2 came into its own and owned the cinema.

At the center of the film is good old Paddington being as nice and endearing as he possibly can in the midst of deeply troubling times. Paddington 2 centers around Paddington getting into big trouble when he attempts to do something really nice for someone with no rewards attached.

Paddington Brown decides to buy a birthday gift for his aunt Lucy. His trouble begins when he settles upon an antique pop-up book that shows the great landmarks of London. With a huge cost of 1000 pounds, Paddington decides to get a job, washing windows. Trouble begins to brew for Paddington when he goes to a carnival a night before he’s about to reach his amazing goal. There he meets actor Phoenix Buchanan and being the lovable, unsuspecting fuzzy bear he relates his entire history to this total stranger. Phoenix, of course, realizes this antique is worth way more than a 1000 pounds. 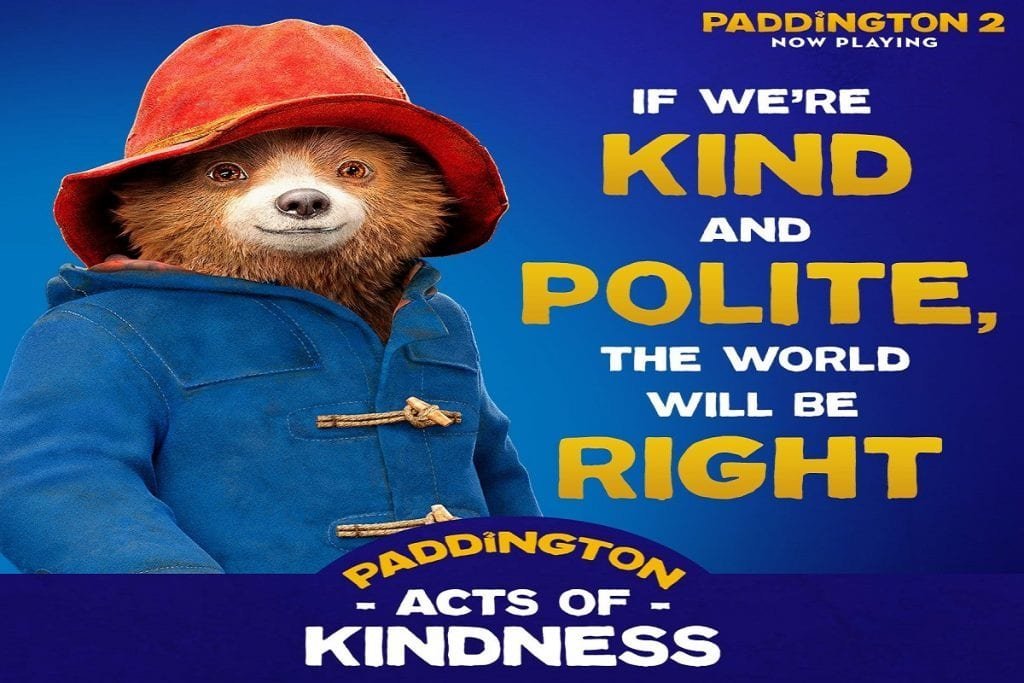 The trouble brewing finally explodes when the antique gets stolen and Paddington is charged for the theft (obviously a frame-up! Not our beloved Paddington!) Paddington 2 now revolves around the Browns fight to free Paddington.

The premise of the Paddington books and therefore the movie has always been to show to the world the great value of being good, pure and kind. While the Paddington movies might on the surface not seem like they have a lot to offer. The brilliance of Paul King’s adaptation, however, is finding a way to tell this story without coming off as overtly moralistic or condescending. The Paddington movie just sends a clear, sweet and pure message to its audience.

You would be hard-pressed to watch the entire movie without a smile on your face. This is a movie that’s wonderful for the children and equally beautiful to the adults taking them to see it.

From Paddington’s jail antics, dying all the prisoners’ uniforms pink and black. To, making the entire jail fall in love with him. The movie does everything possible to tug at your heartstrings and your smile lines.

Hugh Grants’ role as Phoenix can be best be described as wonderful and freeing. No longer playing leading man roles Hugh has hence be given the freedom to express his art. He did it in more beautiful and interesting ways. Ben Whishaw’s portrayal of Paddington is, of course, the center point of the movie and is so beautiful, wonderful and joy-inducing.

All the parts of Paddington 2 come together cohesively to tell a wonderful story of love, forgiveness, free-spiritedness. Paddington 2 is a movie with a message that is worth hearing and worth reminiscing upon. It is something nice and untainted that would keep you coming back for more of this pure, magical loving land. Check out some of the most anticipated movies of 2018.