The insane mind of Stephen King has been brought to life again in this 21st-century adaptation of the iconic horror novel IT. The first adaptation of the Stephen King novel happened in 1990 in a 10 part miniseries. With the part of Pennywise, the clown acted by Tim Curry and directed by Lee Wallace. It went on to become a really big hit inspiring horror in the hearts of the many who watched the IT movie then.

However, in this 2017 adaptation of the IT Movie, pennywise the clown played by Bill Skarsgard is almost nowhere to be found. This adaptation of the horror movie decided to focus on the bond between the young terrorized children. They were determined to rid their hometown of a menacing shape-shifting evil.

The self-named ‘Losers club’ consists of a band of young misfits. As you can tell from the club’s name do not exactly belong to the popular kids club. This band of seven kids played by – Jaeden Lieberher, Jeremy ray Taylor, Finn Wolfhard, Chosen Jacobs, Wyatt Oleff, Sophia Lillis and Jack Dylan Grazer brought to life the joy and pain of budding adolescence. The ease between the club members shown by their arguments and discussions was an absolute joy to behold.

Of course, the IT Movie is not a joyful one and while they sit and discuss and grow up. The evil lurking in their town begins to awaken and sets itself on the course of destruction. The shape-shifting presence begins to manifest itself in different forms. Taking the form of grotesque shapes with wordless cameos from Pennywise in between appearances.

The characters are also haunted by scary apparitions of their deepest, biggest fears appearing at the oddest moments. From visions of fire, peering eyes from weird paintings to manifestation of a hypochondriac’s mother. The monster’s ability to feed into the deepest fears of each child was spectacular. It serves the greater purpose of distracting them from their mission to destroy all evil. 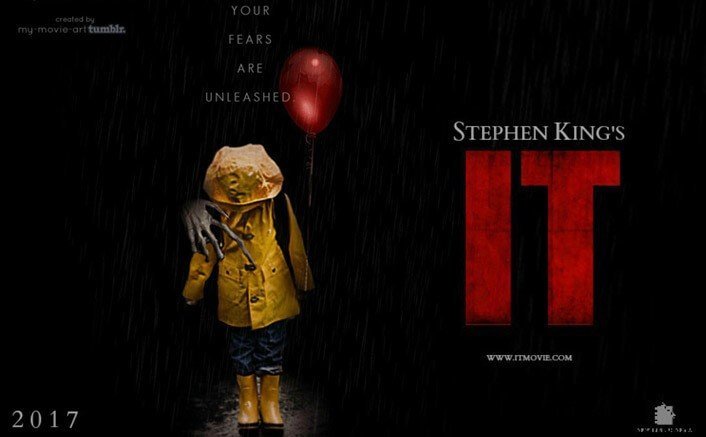 This telling of the IT Movie relied a little bit on suspense but mostly jumped straight into giving the audience horrific details. Like the ripping off a child’s arm into a fountain of blood. The sinister look of Pennywise the clown achieved after hours of makeup was amazing. It also helped along with drips of CGI to give a smooth almost lifeless finish to the clown’s appearance. A far cry from the yellow sharp teeth and thin-lipped smile of Tim Curry’s clown.

There is also a reveal of the town’s seedy underbelly. As the sleepy town of Derry, Maine holds a lot of disgusting secrets. From the towns proclivity towards racism and anti-Semitism to the father who abuses his own child. The residents of Derry’s ability to ignore everything going on is shown to be their greatest undoing.

While we eagerly await the sequel of the IT Movie this retelling of one part of IT was both parts scary and endearing. This 2017 remake has received alot of good reviews from critics and we certainly enjoyed it.

While the film struggled a bit to blend the horror with the drama, the effort to make a horror movie greater than a scary movie should definitely be applauded.