Thor Ragnarok is the latest Thor movie from the Marvel franchise. The new Thor movie was released in 2017 and was a huge box office success. Critics also had good reviews for Thor Ragnarok and we the audience loved it. We finally have a funny Thor movie. This might seem like an extremely strange opening sentence to watchers and lovers of previous Thor movies. Anyone who has seen Thor 1 and Thor 2 will agree in all honestly it didn’t have much humor.

It might also seem weird to think of the character Thor and his magic hammer as anything other than the serious son of a god and protector of his land and people. But this installation of the franchise managed to recreate the image of Thor and it did so beautifully. 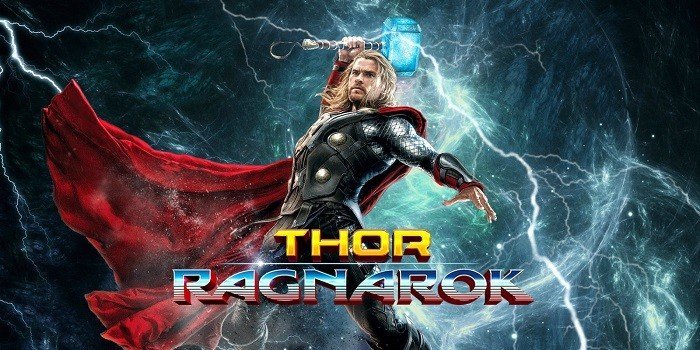 Thor Ragnarok directed by New Zealand indie favorite Takia Waititi has managed to go where few Marvel movies have dared to step foot. Thor movies, in all honesty, are known to be a bit dreary. However, Waititi has infused a different life and light into this movie. He allowed his Thor to express himself in ways that could be best be seen as self-deprecating. The mighty scion of Asgard showed himself to be just a little bit fallible. Allowing the lead character and superhero Chris Hemsworth this range of emotion finally let the audience in. Building up the audience’s interest in this great big blond god. This move served to finally endear Thor to its adoring audience.

This is an adjustment that could be said to be due to the free creative rein given to Waititi in this installment. This can also clearly be seen in the introduction of a new character voiced by Waititi. He plays a rock monster highly skilled in making obvious statements.

The movie, of course, doesn’t consist of just the hero and the director. There were other superb performances by the other actors and actresses. Treacherous Loki played by the mastermind Tom Hiddleston was flawless as usual. Having given us the right blend of annoying charisma bound to make you love and roll your eyes at his character.

Cate Blanchett also came in playing Hela, the “antlerish” headdress wearing goddess of death. She came in as the dramatic villain we all needed her to be. Big speeches and insane quest for power all inclusive.

Anthony Hopkins also came through as expected but this time not as Odin but as an Odin who had been taken over by Loki. Watching the new character take flight and transform was a beautiful sight to behold. With Hopkins playing the trickster wonderfully well.

There were also outstanding performances by the other actors like Tessa Thompson who plays a hard-drinking Valkyrie. Also Jeff Goldblum being very Jeff Goldblummy in his role as Grandmaster, a wielder of a flesh liquefying weapon. The standoff fight between Thor and Hulk played by Mark Ruffalo was also a worthy scene to note having managed to still be interesting despite being over-flogged by eager trailer making marketers.

In all honesty, Thor Ragnarok was the right change for the Thor franchise, bringing in something new, fresh and exhilarating to the almost stale Thor movies. The introduction of the new land Sakaar where Thor does most of his fighting and the inclusion of interesting new characters served to bring life to this new edition. Takia Waititi deserves to make more Thors and we the willing audience deserve to watch it.