Battlefield 1 is the fifteenth to be released in the Battlefield series. This video game was developed by EA Dice and published by Electronic Arts in the year 2016. Actually, it was released on the 21 October 2016 and has had a lot of reviews from game players all over the globe. It is an action filled game with fun-filled experiences if you understand what shooter games are like. For, me I enjoy shooter games a lot because of the mode of play and the weaponry involved. The games was designed by Daniel Berlin and was written by Steven Hall. Although a lot of effort was put into the development of Battlefield 1 but when you go through the game you will realize it was really worth it. Battlefield 1 is available on three (3) solid platforms namely; 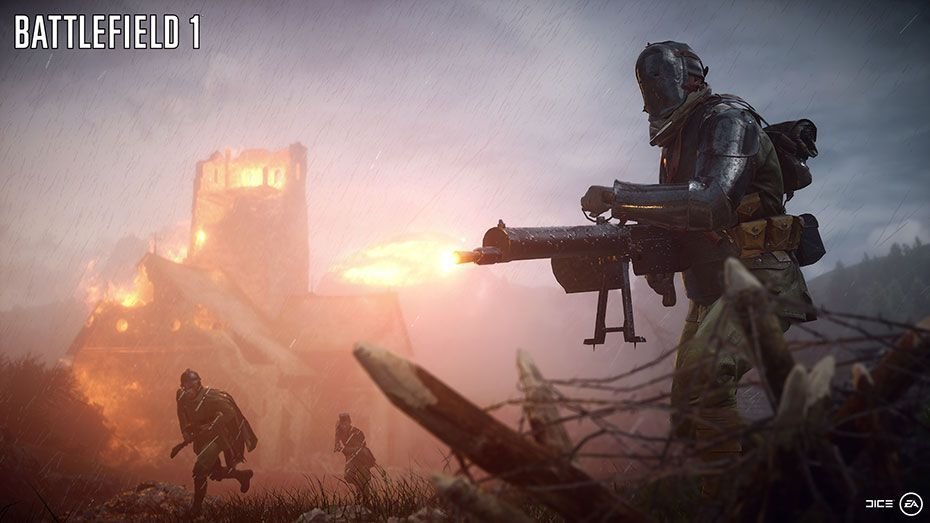 This is a first-person shooter game which can be played in both single and multiplayer modes. The game scene or setting was based on the events occurring in the World War I which was actually the reason the name of the game is Battlefield 1 despite the fact that it was not the first in the series. Most of the time, we come more across games with World War II setting like; Brothers in Arm, D-Day etc. but not World War I.

The truth about the Battlefield game was that even the publishers thought it not wise to develop a game based on that period because they thought the game would lack some fun components in it. Unfortunately, the video game came out fantabulous. The effects of this video game are very original and keeps you so engage that you feel like you are inside of the game. Your self-defense is what keeps you going. The ability of you to conquer your enemies as you fight your way through is what determines your next level and victory. All missions ought to be accomplished before you can take on another one. The equipment’s provided you are very sound to help through your mission even though you going to earn some yourself.

Am sure you have an idea of what war is like. Battlefield 1 is not any different. Its features are superb and I promise it is truly war so expect all you see in war and remember in every war there is a winner. The features of this game are as follows;

There are lots more. You just need to explore the game yourself. This is war guys were everyone becomes a soldier. So if you really want to know what it feels like being a soldier in World War I just check out Battlefield 1. I promise it will really educate you a lot.