Whenever there is to be a remake of a movie, an old time favorite or blockbuster, a lot is on the line. Comparisons are always made to the original movie. Jumanji remake is no different. Many young adults have recollections of movie where players get stuck in a game and are playing for their lives, this practically shaped childhood fantasies.

What better way to do a remake than to use the most influential cast. The actors used in each role (Dwayne Johnson, Kevin Hart, Karen Gillan, Nick Jonas, and Jack Black) and interpretation of characters (especially Jack Black’s role as a young girl in a man’s body) was spot on. Jumanji is an adventurous action-packed comedy. It is about four high school teenagers with so many differences and preferences, stuck in detention together.

They find a video game console while cleaning and try to play the game out of curiosity. They find themselves sucked into the game with no clue how they got in. Conditions and circumstances in the game give them no other option but to bond with themselves. As they find out they are actually playing for their lives. It may be seen more as a sequel to the 1995 version which starred the late Robbie Williams, rather than a remake. “Jumanji: welcome to the jungle” was made with young adults in mind. Knowing fully well that the kids (now adults) who were star struck by the original movie would be curious to see what this would be about. 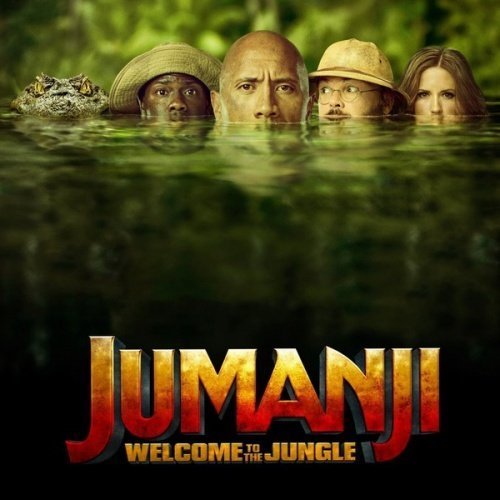 The four major characters were perfectly selected to cover different temperaments and people across the social divide. This applies both in their high school form and avatar form (while in the game).

Spencer Gilpin (Alex Wolff) a skinny nerdy teen who has interest in video games and is low on confidence and also in need of a friend. He unknowingly picked an avatar “Dr. Smolder Bravestone (Dwayne Johnson), a tall, muscular, strong, smart, witty archeologist. He seems to be the major protagonist as everything in the movie revolves around him both reality and his avatar.

Bethany Walker (Madison Iseman) in one word is a narcissist. She believes the world literally revolves around her and she would always want to have her way. She picks the most unlikely of avatars “an overweight middle age man” Professor Sheldon “Shelly” Oberon (Jack Black). This brings a different dimension of comedy to the movie.

Anthony “Fridge” Johnson (Ser’Darius Blain) is a huge high school footballer who has academic struggles. In this Jumanji remake, he is Franklin “Mouse” Finbar (Kevin Hart). He has no apparent gifts or “power” other than being Dr. Smolder’s sidekick. The chemistry between Dwayne Johnson and Kevin Hart helps interpret their roles properly.

Martha Kaply (Morgan Turner) is another high-school nerd who has absolutely no interest in physical education or interactions with her mates. Ruby Roundhouse (Karen Gillan) her avatar turns out to be quite the contrary, she has a vast knowledge of karate, tai chi, jujutsu etc. She reminds you of the characters in tomb raider or resident evil. Her weakness is venom.

Jefferson “Seaplane” McDonough (Nick Jonas) was introduced much later in the movie. He is the expert adventurer and pilot who also need to get out of the game he has been stuck in for two decades. The Jumanji remake is quite the fun movie to see with friends. You are guaranteed to laugh but you also get to enjoy a bit of pulsating action. A good movie indeed.