Well, Director James Gunn has served us a follow up to the first volume. Guardians of The Galaxy 2 that didn’t quite meet our expectations. It is believed that every superhero team-up is always successful. Because of the combination of supernatural characters and their powers but lately, you’ll see that it is not exactly true. It was not exactly the case with Fantastic Four, Power Rangers Movie, Justice League and now, Guardians of the Galaxy 2. The entire crew might be perfect but just one wrong step in the production of such movies will be the little hole that sinks a great ship. In the box office, however, it didn’t do badly as it made four times the budget. The budget for the film was estimated at $200M and the film made about $863M which is a reasonable profit.

When it comes to the movie, however, the casts are quite themselves and nothing really out of the box. Star-Lord (played by Chris Pratt) is still the cocky one. Gamora (played by Zoe Saldana) is still the combat girl with the martial art moves. Drax (played by Dave Bautista) is still the funny dummy while Rocket (voiced by Bradley Couper) is still dishing his silly but harsh clap backs. While Groot still seems to draw emotions as a cute little pet. 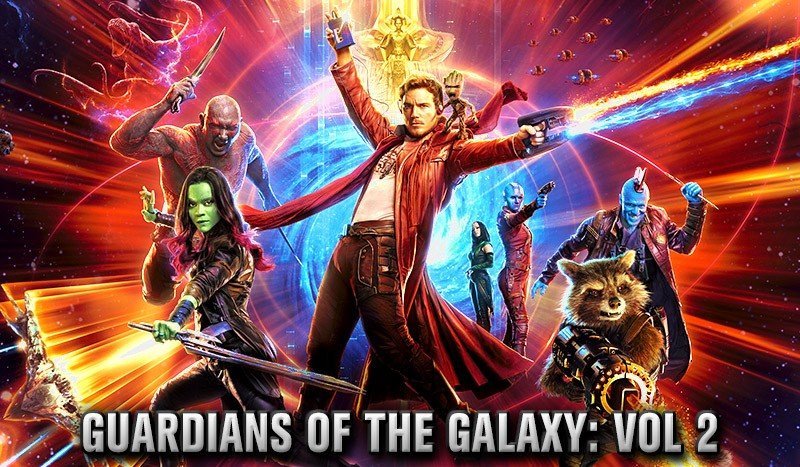 However, a new character shows up to brighten the prospects of the film which is Star Lord’s father. He never knew him and his name is Ego. Kurt Russell was perfect for this role because he executed it so well and brought a lot of dramatic commotion. Star-Lord is obviously elated to meet his dad and be family once again but doesn’t have any idea that Ego is about to cause discord among the only family he’s ever had. After trying to decide if his father was sincere or shady, we the kind of person he truly is.

Guardians of the Galaxy 2 Review

Also, Ayesha (played by Elizabeth Debicki). She’s the queen of a group of colored women whose valuable batteries were stolen by the Guardians on the last visit. Ayeesha has to hire one of our favorite characters from Volume 1 Yondu to chase the Guardians. But he had a fall out with them. They felt he was too soft on the Guardians before the big war. Don’t forget to keep track of Ayesha in this flick because she’s also starring in the Cinematic Universe so there might be a connection.

Check out other top movies of 2017 here

Honestly, there’s nothing concretely wrong. It’s just minor slips here and there and the fact that the turn of events is quite cliché but James Gunn deserves credits for choosing the best hits for the soundtrack. “The Chain” by Fleetwood Mac and Cat Stevens “Father and Son” are definitely big hits that everybody likes to hear from time to time.