Truecaller number tracker is a phone number tracking directory developed by True Software Scandinavia AB, a privately held company in Stockholm, Sweden. The name search App has since become a very useful App to track unwanted callers. The company was founded by Alan Mamedi and Nami Zarringhalam in 2009. It was initially launched on BlackBerry 1st July 2009.

After the good response from its users, it launched for other Mobile device OS. It was released for Android and Apple iPhone on 23rd September 2009. For RIM Blackberry on 27th February 2012, for Windows Phone on 1st March 2012, and for Nokia Series 40 on 3rd September 2012. The platform drastically grew by September 2012. With over 5 million users performing 120 million searches through their database every month. As of January 2013, Truecaller reached 10 million users. In 2014 the software reached a landmark 100 million users worldwide. 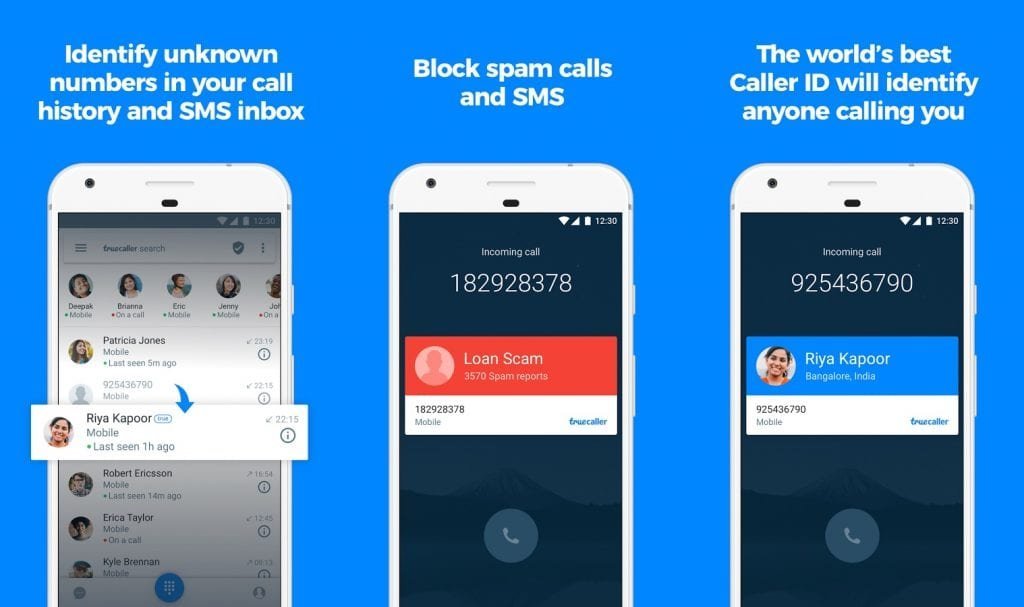 How To Use Truecaller number search online

TrueCaller was built to connect to any white or yellow pages all over the world. This implies that if there is a public data available in your location, TrueCaller will try to access it. However, in most countries of the world, this data isn’t publicly available and it is definitely not free. So to access and distribute this data we decided to crowd-source the information. But in a bid to secure the privacy of our users and their data we made it so that you can only search the crowd-sourced data. By already having the number and then getting access to the name. What this means is that the phone number is effectively turned into the key needed to access the vault for information associated with that number.

TrueCaller has obviously faced its fair share of controversies. In July 2013, Truecaller servers were allegedly hacked into by the Syrian Electronic Army. According to their Twitter handle, they claimed to have recovered 459 GBs of data. This was primarily due to an older version of WordPress installation on the servers. Shortly afterward, the firm issued a statement on its blog stating that their website was indeed hacked. However, they claimed that the attackers did not disclose any passwords or credit card information.

The story starts from the login screen. If you have already used the app, you’ll notice that it only allows either Facebook, Yahoo! or Gmail to access the app. Reason being that they are the most widely used social networking sites that contain a lot of phone numbers and other contact details.

So when you log in, your entire contacts including phone numbers, contact names, email IDs will be uploaded to a secure server. The data are then organized into records and each number assigned a Truecaller id. Thus, if a user searches a number through Truecaller number search engine, Truecaller displays the caller ID associated with that number. So TrueCaller basically just steals your contact list from your phone and stores on its servers. When you ask for it to find an unknown number, then it compares it with the list of all stolen contact lists from around the world and then finds out the name of the phone number holder.