A ghost story movie is one of the thrilling New Horror Movies. The director of this film tells the story of two ghosts, his wife and how grief can drive the mind into a state of delirium. Lowery steps outside the box of regular ghosting haunting plots to bring us something deeper. The film lasts around the duration of a normal cinema film and can boast of an intelligent composition. The movie budget stood at $100,000 and made about $1.9 million in the box office which is not bad compared to the budget of the movie. The film is a deep story that is made up of different stories across time loops.

The Key Casts of the Ghost Story Movie

Rooney Mara and Casey Affleck were a good fit for a couple in the Ghost Story Movie. At the beginning of the film, the man C (Casey Affleck) and his wife (Rooney Mara) decide to move out of their house because they believe it is haunted by a ghost. C was a musician who wasn’t quite successful but his wife believes in his music and supports him. The man then has an accident which kills him and the wife comes to the hospital to identify him.

Filled with grief, she leaves the hospital in sorrow. C who now discovers he’s a ghost hovers round in a bedsheet with two holes for cut out for the eyes to see as he goes on. He goes back to his house to see his wife and know how she’s doing. He sees his wife mourning him. Then, he meets another ghost played and they begin to have conversations about their life. The female ghost says that she’s waiting for someone that she can’t remember. He continues to watch and observe as his wife moves on but that did not sit well with C. He began to break things and show his anger. 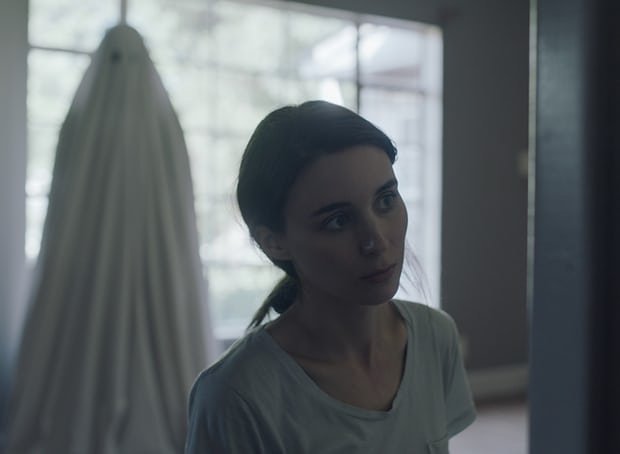 Anyone will admit that is not a movie for children but it is not exactly scary. The movie basically pushes you to ponder about life and the afterlife. It makes you wonder about the essence of life and if it would feel like we ever lived when we are gone.

The movie, however, should provoke some thought in discovering that this is the message the film is trying to pass across. Although the message seems like it’s laying on the surface. It seems as if the message is conveyed in a rather light manner. The movie also doesn’t make use of much dialogue. So if you were hoping for that, your bubble will be burst. The duration of the film is quite perfect for this film but a quarter of it could easily be discarded because some parts didn’t seem quite necessary. The ghost story movie just has a few slip ups here and there but it is clear that Lowery is talented. The movie requires a patient and inquisitive mind. If you’re one always in for the action, the stunts and the OMG moments, we doubt you’d like this one.