2018 has barely begun and the anticipation for movies to be released this year has reached high frequencies. Riding off the success of 2017’s movies, the movies are set to be released this year. Most have already garnered the attention of moviegoers worldwide. There’s a lot of excitement surrounding these new movies coming out 2018 as some of them are brand new stories, some have been a long time coming, while some of them are being given first chances to deliver.

The most anticipated movies of 2018 are drawing upon the resumes of trusted actors and directors who have in the past delivered top notch and super exciting performances.

Some of the new movies coming out 2018 include the following; 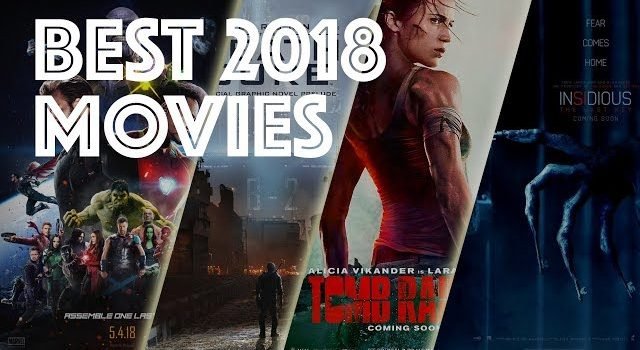 Avengers: Infinity War: It seems like the whole world is extra excited for the Avengers, and rightfully so. When you fill up a screen with as many superheroes as you possibly can it does tend to portend a really good time. In this installation, everybody is fighting against Thanos, and we mean everybody. From the regular Avengers right down to the guardians of the galaxy. An interesting and engaging cast has been set up for every DC movie lover. There’s a superhero for every taste in this movie, which is why it is among the most anticipated new movies coming out 2018.

A Wrinkle in Time: An interesting spin on a much beloved and very popular young adult fantasy novel. A wrinkle in time which is to be directed by the very brilliant Ava Duvernay. Tells the story of kids traveling the galaxy to search for their long-lost dad. Helmed by Disney, the hype surrounding this movie has been unreal. But with the talent involved, it is sure to be a show stopper.

Another superhero flick, this time a long-awaited one. The Black Panther story tells the story of T’challa, ruler of Wakanda (the richest nation in the world) who faces a threat to his nation and a possible civil war. With a cast of amazing talent like Chadwick Boseman, Lupita N’yongo, Michael B. Jordan, Danai Gurira. This is one highly anticipated movie that is sure to be an instant sellout.

The Incredibles 2: Everybody’s favorite superhero family is back! The world had been breathlessly waiting for a sequel to the “The Incredibles”. And with their announcement of this sequel amongst the new movies coming out 2018 it felt like one big breath release. Helen leaves Bob in charge of the domestic affairs while she goes on to save the world. And from what we can see, it’s not exactly roses and sunshine. Plus there’s also the discovery of the baby’s superpowers which bodes well for a very interesting movie. Leave your kids at home parents, this sequel is for the adults.

Oceans 8: Eight women. Eight women who look to be rather talented in the art of change of ownership. The new spin on the Ocean’s eleven franchise leaves the Clooney/Pitt/Damon partnership behind and instead leads with a trio of some of Hollywood’s biggest leading ladies. With a lead cast of Bullock/Blanchett/Hathaway and an interesting supporting cast of Rihanna, Mindy Kaling, Akwafina, Sarah Paulson and Helena Bonham Carter. This film promises to be spectacularly good.

View all posts by tecrada