eHarmony dating site is one of the most used online dating websites in the world. It was launched 18 years ago. Specifically on the 22nd of August 2000. This private company is presently located in Los Angeles, California which has been described to be the headquarters of operations. The site has received a lot of remarks over the year because of the freedom it has given users in terms of sexuality expressions.

This online dating site was actually founded by Neil Clark and his co-founder Greg Forgatch. eHarmony is headed by Grant Langston who is the resident CEO of the company. It may interest you to know that over 33 million users make use of this dating site to build relationships of their choice. Many individuals may not know this fact but the site was the first online dating website recognized that adopted the use of algorithm to provide match. 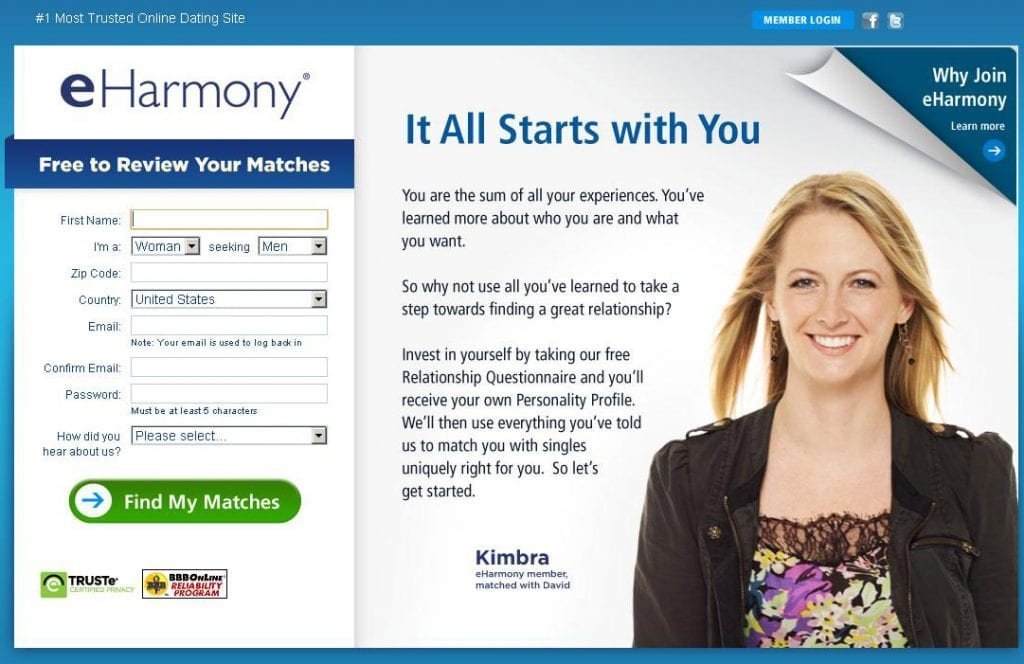 eHarmony has been spotted to have led to several long-lasting relationships with a statistics of over 540 marriage taking place in the USA alone. All thanks to this online dating platform for their incredible services. If you are desperately looking for dating sites with evident productivity, stop your search. This is just all you need. To get a partner or like most people call it ‘Match’, you have to answer series of questions. This is also known as questionnaires. Although, this has been officially stated by the company that the questionnaire is now optional unlike before when users would have to answer all questions. These may be very tiring because you have more than 150 questions to be answered. The questionnaires consist of several questions based on the individual’s personality and these include;

The algorithm-based site uses the data gathered from users to match them. That is like attracts like process. This creates better relationships between users because people actually love to hang out with people like them or people who share the same values as them. It creates easy going relationships and builds a sync between users.

For better sync between users, eHarmony introduced a particular feature called ‘The Two of You Together. This was launched by the company at the early part of the year 2017. The feature gives users the privilege of seeing how compatible users are and the reasons why they actually are compatible. 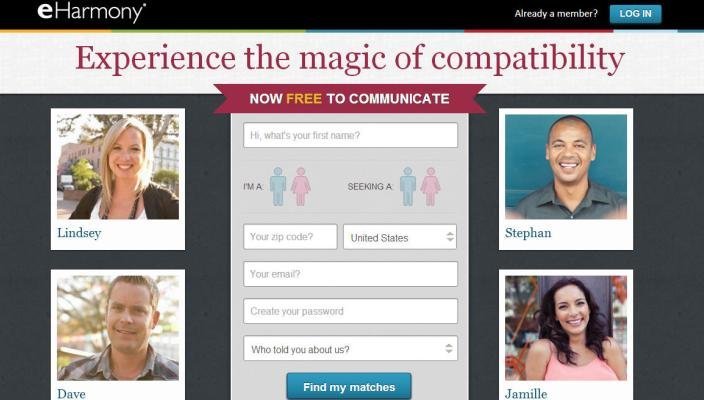 The eHarmony dating site also has its own app. This helps users make better use of it and appreciate it even better. The features of the app are very unique and if you think you’ve seen an app that looks very beautiful, wait until you see the eHarmony online-dating app. The app is available on your Google and Apple App store. So if you are making use of an Android or IOS device, you should be happy about the experience you are about to appreciate by using this platform to access the site. Just get on any of the stores listed above and install yours today.